Most of the time, I recommend my travelers to spend at least some days in Arequipa. This city is not only beautiful but also a good place to gradually acclimatize and thus minimize altitude sickness during the rest of the trip. Clients giving me feedback really appreciate our concern for their health. But above all, they tell me how much they loved Arequipa and that it ended up being one of their favorite destinations in Peru.

Arequipa does not count with the same level of recognition by the tourism industry as the city of Cusco. But I have to admit that even still, it is one of my favorite places too.

Rainy season: from December to April

Arequipa was the country’s capital during part of the colonial times until Lima took its place after the independence from the Spaniards. It is the second-largest city in Peru and thanks to its strategic location it is also a place where people from the coast, as well as from the Andes, and neighboring countries like Bolivia and Chile have found their home.

If you get to Arequipa by plane you will be surprised by the enormous surrounding desert, the green valleys watered by the Chili River, and the 3 impressive volcanoes: Misti, Pichupichu and Chachani. These are visible during most of the year, either snowcapped or smoking. Moreover, Arequipa has one of the best weather conditions of all Peru, with a blue sky that has inspired painters like Ricardo Córdova.

The originality of Arequipa’s architecture comes from a mixture of colonial, republican and indigenous influences. The city’s downtown has been declared World Heritage by UNESCO. Many of its buildings are made of white ashlar which gives it its unique style. This rock is actually a combination of different chemical compounds that solidified about 1 million years ago, after the volcanic eruptions. Arequipa has many quarries around the city that can be visited.

For many travelers it might sound boring to visit a monastery, especially if coming from Europe. But her, nothing could be further from the reality. And I say this coming from Spain, where monasteries are all over the place. What I personally love is that the monastery in Arequipa has ashlar foundations and its hallways are painted in coral red and deep blue, making it a very instagrammable object.

Its founder, Lady María de Guzmán, considered very beautiful and wealthy, but incapable of having children, decided to enclose herself in the monastery. She was later declared the “first inhabitant of the monastery”.

The corpse of Juanita created a big scientific revolt when discovered. Two climbers, struggling to reach the summit of the Ampato Volcano, suddenly stumbled upon an almost perfectly preserved feminine body. The autopsy of the corpse revealed that Juanita had been ritually sacrificed, thus demonstrating that the Incas used to kill fellow humans to please their god.

You can visit Juanita at the Museo Santuarios Andinos, only a few blocks from the Plaza de Armas. Here, you can be sure that your money will be well invested in a good exhibition and guides.

These traditional restaurants evolved from the simpler chicherías – chicha is a beverage made of fermented corn that started being served to accompany spicy (picantes) dishes. The ongoing cultural mix in Arequipa led to a combination of products from different regions and to extraordinary gastronomy. Nowadays, a picantería is a mandatory stop for travelers.

The culinary critic Ignacio Medina comments about one of the most recognized picanterías, managed by cook Mónica Huerta: “…If you visit Arequipa and do not stop at La Nueva Palomino you have thrown away more than half of your trip.”

On the road to the Colca Canyon

I still remember looking at my guidebook while planning my visit to the Colca Canyon. It is twice the depth of the Colorado Canyon and the second deepest after Cotahuasi. Ranking-lovers might find this interesting because the latter record-breaking canyon is also located in Arequipa.

I have had the luck of visiting the canyon many times, first as a tourist, and then to work with the communities of Coporaque, Yanque, and Sibayo, with whom we have a close relationship of collaboration. Visiting the Colca Valley communities is clearly a wonderful experience.

Coporaque is located in the high section of the canyon. Its inhabitants are descendants from the Collagua, connected to the Aymara, who practised a remarkable tradition: banding their babies’ skulls to give them elongated forms. It is believed that the intention was for the babies to resemble the shape of the Collagua volcano.

The Cabanas, for their part, lived in the more fertile low section of the valley and spoke Quechua. They gave a more flat and broad shape to their babies’ skulls. There is evidence that the Incas and the Collaguas got to an agreement, allowing the Collaguas to maintain this local custom. It was tolerated as long as they paid their contribution to the Incan Empire.

The Spaniards, under the command of Gonzalo Pizarro, arrived in 1540 and relocated the populations to the settlements we know as the main towns nowadays.

What to do in Colca?

You should rather ask: What is something that cannot be done here? This wonderful valley offers all kinds of activities for outdoor lovers: mountain biking for all levels, horseback riding, soft or hard hikes, rafting, etc. But you can also just relax at the hot springs or enjoy watching farmers engage in their rural activities on the crop fields.

To visit the Cruz del Cóndor, the rule is to wake up early. Upon arrival, you might find it hard focusing on something and appreciating the greatness of the site as a whole. You might indeed get distracted by the crowds, especially during high season (June to September). But you still don’t want to miss this spot because it is truly magical. Try to focus and blank out the people. Having the canyon in sight, you just have to lift your eyes to see the majestic condor soaring above your head and feel envy about their power. Its size makes it the unbeatable largest land bird in the world. A sacred animal for many cultures, even for coastal ones like the Nazca, who left a gigantic geoglyph as evidence.

When to go to Colca?

The best season to go to the Colca depends on your interests, but it is definitely wise to avoid the heavy rains. Between December and April, the probability of rain is higher. The rest of the year, the weather is very nice and stable. The fields and grasslands will gradually change from intense colors to golden, as the end of the rainy season announces itself. Keep that in mind, if you’d rather see lush or dry but golden landscapes.

To me, the perfect combination is choosing local homestays for two or three days, and then, if the budget allows it, get spoiled at Casitas del Colca or at Colca Lodge, where you can enjoy the hot springs.

You can also check our Blog and find a very complete post of recommended hotels between Arequipa and the Colca Valley, but you can definitively count on my assistance to help you out in designing your trip to Arequipa and Peru: 100% tailor-made, taking into account all your wishes, needs, and budget.

This post was originally published in December 2018 and last updated in April 2022. 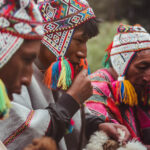 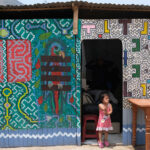 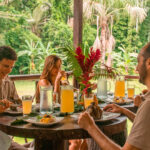 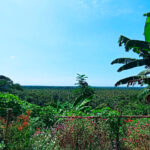 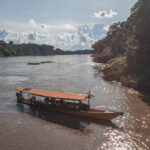 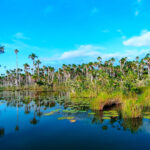 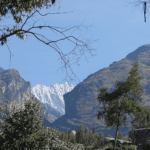