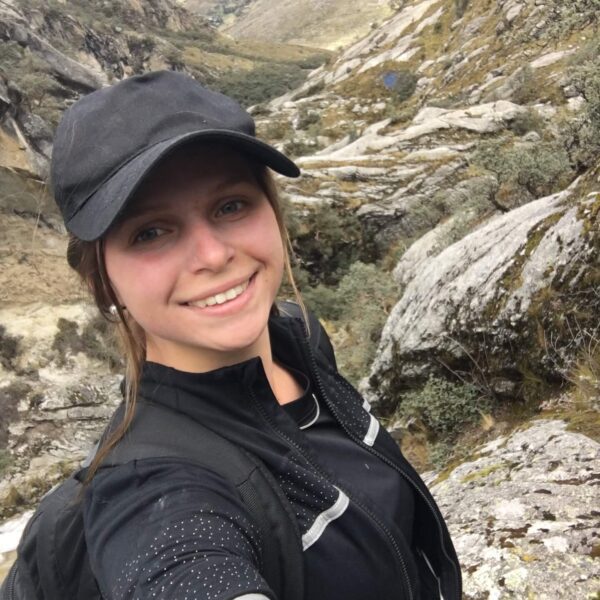 Maria got to know Peru in 2017. At the time, she wanted to refind herself and thus planned a trip to a country, better said, a continent that she hadn’t set foot on until then. During this trip, she took part in a social project and got a chance here and there to explore beautiful Peru. She was so fascinated by the wonders of this mesmerising country that a year later she found herself back here again. Why? Well to gather even more beautiful and unforgettable impressions. A couple of months later, she eventually decided to move to Peru. What she loves so much about it is the nature, the bright colors, the delicious food and much, much more!

Her favorite place and also her place of residence is Cusco, from where she can admire the Andes. In her spare time she likes to be active: doing sports, cooking healthy and going on hikes around Cusco with her boyfriend and her dog.

Beside her hobbies and leisure time she works as a travel designer at RESPONS. What she admires most in her job is, on one hand, having the possibility to show travellers the most beautiful places in Peru and on the other, being able to support local families.

What is your favourite quirk about Peru?

At the beginning it was something new for me that people at the market and streets called me “Mamita”. But now I know “Mamita” and “Papito” is a normal way to call everybody here.

Why did you want to work for Responsible Travel Peru and why is sustainability important to you?

Working for Responsible Travel Peru feels great because it creates the possibility for people to travel in an environmentally conscious and sustainable way. Sustainability is important to me because as a millennial, I want to leave a better world for generations to come. In order to have healthy communities, we need clean air, a nontoxic environment, protected ecosystems and preservation of natural resources. Sustainability maximizes long-term benefits for earth and humans and is the only way to assure all the aspects listed avore.

What is your strategy to make sure your customers have peace of mind and feel safe?

I can give my customers the confidence and safety that the trip they are going to do is going to be the best of their lives and they can always contact me and my team whilst traveling.