The “rainbow” mountains, a name given by their characteristic multicolored mineral deposits that stand out vividly in sight, are sites that are counted only with one hand throughout the world.

Then, why would we be so irreverent to suggest NOT to visit Vinicunca, the rainbow mountain of Cusco? Well, that responds to the colossal tourist boom that it has had, but that has generated a rather unwanted daily movement of people who, naturally, attracted by the spectacular landscape, come in masses given the advertising of tour operators that promote express visits, but they are far from providing an experience as fantastic as the colors of the mountain invite to idealize.

“Misunderstood tourism, exempt from proper management, in the hands of enthusiasm and informality, can be as catastrophic for a territory as mining or any other activity whose motivation is revenue and only revenue. “

Wili’s words were almost prophetic because, to top it off, it was later known that the rainbow mountain was within the concession area of a transnational mining company. Fortunately this impasse was quickly solved with the cancellation of said concession … But hey, that’s another issue.

The economic activity around the visits to the mountain was so explosive and juicy that, at a certain point, the surrounding peasant communities began to dispute the rights over the mountain itself, sometimes in a violent way. Even wanting to demarcate their territories on the very geography of the hill, which resulted in the infamous giant sign on the slope of the hill that indicated the name of one of the participating communities of the dispute.

As RESPONS, we don’t wish to be part of the destruction of a wonderful destination nor add more fuel to the fire of conflict. That’s why we don’t offer conventional excursions to the Rainbow Mountain Vinicunca.

While all the problems seem solvable, the underlying problem persists when there is a lack of adequate infrastructure and services that do not manage to combat the erosion of the daily passage of thousands of people on foot, and others riding animals (because of the exigency of being on a cold, high-elevation mountain after having had to get up ridiculously early). The issue of solid waste and the final disposal of sanitary waste deserves special attention.

Our proposals to visit the rainbow mountains are the following:

Being the mountain of colors an attraction of such beauty, it should be enjoyed in the best way and keeping the greatest respect. This is how we offer you a spectacular two-day excursion to get there, giving you the chance to get your body acclimatized for the days of trekking and camping, and visiting other attractions on the route such as the archaeological site of Tipón and colonial towns with beautiful Andean Baroque churches.

Another option of just one day, but more sensible and responsible, is to start from Cusco at a decent hour (ensuring a good rest), to first visit the community of Chari, where you have breakfast provided by the association of women weavers who will show you their beautiful works based on wool and natural dyeing. Then, when the crowds are back to Cusco, the trek will start from the town of Chillca, this way: without haste, or tiredness due to lack of sleep, or people everywhere, you will enjoy the views of the whole mountain range.

Finally, and because in Peru the surprises are never-ending, we have the rainbow mountains of Palcoyo. This destination requires major logistical arrangements, but is less demanding than the walk to Vinicunca and sees much less daily visitors.

These three alternatives are private excursions and because of that they are more expensive, but given the experience of thousands of travelers, it is best to invest a little more time and money to guarantee the expectation of a satisfying trip.

Of course, we also recommend the walk through the Valle Rojo (Red Valley), it is the ideal complement to Vinicunca (the local name of the classic rainbow mountain). So discuss the options with one of our travel designers and leave the rest of the work to our operations team. You will see that everything will turn out great.

So yes, of course you can visit Vinicunca or Palcoyo, but only in the RESPONSible way.

This article was originally posted in February 2019 and re-edited on November 2021.

Some of the mentioned excursions will soon be added to our excursion platform. Until then, they can be booked as part of a custom itinerary of at least six days in length. Start your trip designing experience by filling out this brief questionnaire! 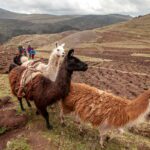 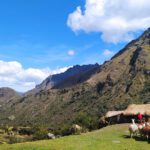 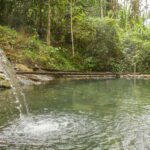