San Juan de la Frontera de los Chachapoyas, or simply Chacha as known by locals, is the capital of the Amazonas department. As the name of the department reveals, its territory is marked by vast Amazonian plains covered by lowland rainforests. But don’t be fooled by its name: the Amazonian Andes also shape part of the area.

Chachapoyas is named after the culture that dominated this region of Peru from around the 9th century to the arrival of the Spaniards in the 16th century. Nowadays, it has become the epicenter of alternative sites that are not related to the Andean and Incan culture. It shows a different side of Peru, which however is not less interesting than the rest of the country.

Hearing stories about the Chachapoyas is quite intriguing. These people have inhabited the Peruvian territory at the same time as the Incas and have forcibly been incorporated into the latter’s great empire. Nevertheless, they managed to maintain their own customs. Some people speculate that they even achieved carrying part of their identity down to Cusco (the center of the Incan empire) when they were ordered to work on the construction of Choquequirao. In any case, looking into the Chachapoyas culture a bit more, you will want to learn more and more about their culture, and up to where they were able to spread their territory.

Traveling to Chachapoyas requires dedicating a considerable amount of time to travelling to the North enabling you to explore this region without pressure. Although this is quite a commitment, considering you might not want to cut out on the very famous and constantly highlighted destinations of the South, we can assure you that it is worth it. Get to know this less-known part of Peru and reveal all of its secrets!

As Chachapoyas is not necessarily a tourist hub compared to many destinations in the South, you will not be able to find flights going there on a daily basis. Only two days a week, you can travel there from Lima. If you don’t want to take a flight (which, of course, we highly support), you can take a bus from Chiclayo or Trujillo. Doing that, you would save a night of accommodation as well, since the trip will take you all night. In case you come from the east (Moyobamba – Tarapoto), land transportation is only available during the day and will take several hours as well.

Once you have made your way to this amazing region of Peru, get ready to explore the Chachapoyas culture and all of its mysteries. Read on to get an example of a customizable itinerary around Chachapoyas.

Your first contact with the Chachapoya culture will be with its funeral traditions. To get to know these, you will have to travel south, along a road offering fantastic views. In case you have already started speculating about the beauty of this region upon your arrival, you will now be able to confirm these speculations.

Once arrived in the south, you will walk to the Revash mausoleums. Here, you will learn about one of the many ways, in which the Chachapoyas venerated their deceased. They sought to honour them with the best possible journey to eternity. Unfortunately, all the effort was not good enough to protect the deceased. Even though they were brought to places that are very difficult to access, plunderers managed to make their way to the graves and empty them. What’s good for us, however, is that at least the mausoleums are still intact, enabling us to witness the traditions of the Chachapoyas when saying farewell to their loved ones.

Luckily, the race between looters and preservers is not always in favor of the former. Sometimes, well-preserved remains of ancient times can still be found; they are real pieces of art. At another location in the Chachapoyas region, which is even more inaccessible than the one described before, hundreds of mummies have been found. These have been retrieved to be displayed in a small but modern museum that you will visit in Leymebamba.

Today, you will go on a longer walk than the day before (except if you decide to take a horse). One way or the other, you will make it to a place where very few people go. But the ones who do go here, always leave this place ten times more excited than before. Just like the day before, you will witness tombs created by the Chachapoyas, only this time they have been created in the walls of an even less accessible cliff. It is unimaginable how they defeated their vertigo and climbed up there, risking their lives, just to give this last honour to their deceased. Be aware that it is highly recommended to take binoculars. They will enable you to make out interesting details on the walls of the cliff.

La Bóveda is a beautiful citadel of the Chachapoya period, whose population has been buried in the tombs of Diablo Huasi.

At the end of the day, you will be heading back on the same road that you came and end in Leymebamba.

Today you will visit the best-known work of the Chachapoyas (at least among the ones that have already been discovered and that are accessible), namely Kuelap. People say different things about this archaeological site: Some say that it’s a fortress, where no weapons have been found, however. Others call it more like a citadel, but no water sources are present here. And still others compare it to the World Wonder Machu Picchu, but in fact, we don’t actually see the similarity. Probably, the best thing to do is let you draw your own conclusions about Kuelap. It has a very complete interpretation center that will help you do so and, of course, we will also provide a good guide for you that can answer all of your questions.

On the way back you will have lunch at Mrs. Teudula’s house. This is a very important part of this experience for us for the following reason: At some point, a cable car was put in place taking people to Kuelap. Before, people could only get there hiking or by taking a car on a dirt road for 2 hours. So, the cable car enables visitors to get to Kuelap faster. However, many local families that used to offer them transportation, have thus been excluded from the tourism offer. Therefore, we like to include them again by eating lunch with them. And if you have enough time, you will also be able to visit a small site nearby, which is a great example of the Chachapoyas’ traditional construction style.

For today’s overnight stay, you have two options. You can either stay in Milpuj, a small family- run conservation area, where the charismatic Pedro AKA Perico will be your hosts, or in Amazilia reserve, a place with the smell of coffee plantations and and the sound of buzzing hummingbirds will surround you. In both cases, you will be able to adopt a tree that will be planted in Milpuj.

Today, it is time for something new. You will see human-resembling giants made of clay that seem to be the guardians of the cliff you are facing. They truly seem majestic. Take it easy here, as the altitude could require an extra effort. To not expose you to the altitude for too long, this excursion takes only half a day.

The word Gocta means record and designates the waterfall you will visit on this day. It is indeed the third highest in the world. However, we want to try not to focus too much of the height of the Gocta fall. Of course, the latter is more than impressive. However, we also want to highlight the beauty of the route that you taking you there. Here, you will enjoy the lush vegetation, birds, plantations and even ge to see a cane sugar mill.

Depending on the season (rainy or dry season), you will either feel the waterfall’s spray long before reaching the base of it, or arrive there with relatively dry clothes. In the second case, you might even dare to dip into the icy water of a small pool that has formed here, which you might find relaxing after the walk.

As you can imagine, the Amazonas is a very particular territory. The Chachapoyas, for their part, found a way to tame the difficult terrain and the dense vegetation, managing to create great works in this environment. By now, you will already have witnessed quite a few of these interesting works. You will continue your discovery, as we show you more sarcophagi. They had been placed in equally challenging locations than the ones you have seen before, namely on the El Tigre hill.

Clearly, nature has done a great job, creating not only the Gocta fall (771 meters high), but also the Pabellón (more than 400 m), Chinata (580 m) and Yumbilla falls, the latter being astonishing 896 meters high. We will take you to this one, as it would be unforgivable not to visit such a natural wonder.

The lagoon you will visit at the end of your experience, changes according to the season. In rainy season, you can witness a natural spectacle, where the trees are almost completely covered in water. I dry season, on the other hand, you will perceive a whimsical, undulating river marking the landscape.

We like to leave Huamanpata lagoon for the last part of the trip and give you the opportunity to get away from all contact with the world, enjoy the beautiful nature and let you free your spirit.

You may not imagine how difficult it has been for us to not propose an even more extensive trip to the Amazonas and Chachapoyas lands. We believe that this destination deserves much more attention. And the best way of promoting it, is of course by visiting it.

For more inspiration and valuable information, read our Travel Guide to Chachapoyas!

We highly recommend you to follow our suggestion, come to the Chachapoyas region and get lost in the vastness of the Amazonas department. If you want to change this itinerary or get more suggestions, feel free to use our Custom Itinerary Service and get the best advice from one of our travel specialists. 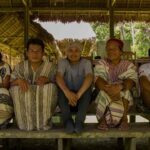 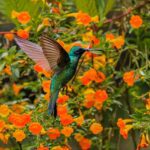 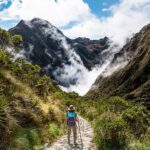