Nowadays the name of Chachapoyas reverberates, but it is really nothing new as Chachapoyas has more history than almost any other city along the country, it was only shadowed by an apparent indifference that for decades kept it disconnected of the rest of the territory. The incas knew about its importance as well as the Spaniards, not in vain it’s only sixth in order of foundation (a couple of years after Cuzco and Lima, but before Arequipa).

Its ancient inhabitants, a culture of the same name (Chachapoya), roamed the area apparently as early as between 500 and 900 A.D., and lasted longer than the Incas thanks to its alliance to Europeans, giving themselves time enough to completely understand its habitat and perfectioning every aspect of their lives as evidenced on its arts, architecture, military strategies, religion and others.

When you start to learn about Chachapoyas you almost immediately hear about Kuelap or Gocta, but truth is there is a lot more than that; Karajia, Revash, Quiocta, Leymebamba, Huaylla Belén, Yumbilla, Chinata, and on and on.

And if you are into wildlife we don’t have to talk about the Marvelous Spatuletail, the Yellow-tailed Wooly Monkey, or the recently spotted “blonde” Spectacled Bear individual moving around.

The landscapes are so abrupt and dramatic that many of the tallest waterfalls of the country and the world are there. Palm forests at 2500 m (8200 ft) and cemeteries of mummies at about the same elevations. Caverns so large and deep that are mostly unexplored, and the list keeps going.

Living culture is greatly celebrated, the main amazonian identity festivity takes place in June, while the main religious festivity in August. None of them coincide at all with other major celebrations in the rest of the country, so there are no excuses not to assist.

How do I get to Chachapoyas in Northern Peru?

At the present moment, direct flights from Lima are commercially available after decades of reluctance from private companies. Also, more frequent flights to neighboring main cities (Tarapoto, Chiclayo, Jaen) from where smaller airplanes or bus rides can be taken to complete the route. Chachapoyas is pushing to have more visitors and its brand new cable car to Kuelap is proof of it. Maybe the infrastructure or touristic services are not comparable with the ones at the southern pole of the country, but you will be certainly surprised seen top quality highways and high standard hotels where you might never imagined.

The region is pinpointed by places of interest and connected by the Utcubamba river, and its archaeological jewel, Kuelap, atop a mountain over the high jungle, so comparisons with the world renowned valley of the south and its marvel are inevitable, but Chachapoyas shines with its own light.

RESPONS invites you to get off the mainstream and rediscover a Peru you probably didn’t even imagined. You can find our favourite excursions to the Chachapoyas area here and book directly. If you prefer that our travel specialists help you out in planning your perfect holiday to Chachapoyas, northern Peru or the whole country, write us at english @ responsibletravelperu.com. Even better: if you take a little more time and fill out our brief questionnaire we’ll get right back to you.

See all our Chachapoyas excursions here

Chachapoyas is awaiting your visit and you won’t regret it. 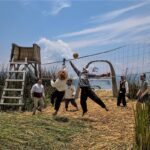 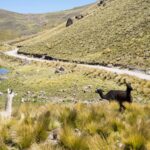 A Different Kind of Road Trip through Southern Peru

Exploration to the heart of the Manu National Park

Once in a lifetime adventure
FromUSD$1,080

Short immersion in the Andean community of Vicos

The complete Vicos experience with Pachamanca

The most authentic community experience in the Cordillera Blanca

Lima as we see it
FromUSD$35

Agriculture and Gastronomy in the Highlands of the Sacred Valley